(Asp.Net 5 is now no more and named as ASP.Net Core 1.0. It is a name change and still the ASP.Net 5 RC1 Update1 is the available version. ASP.Net Core 1.0 is not released yet.)

Simple web application with ASP.Net 5 should be created and checked in to TFS. 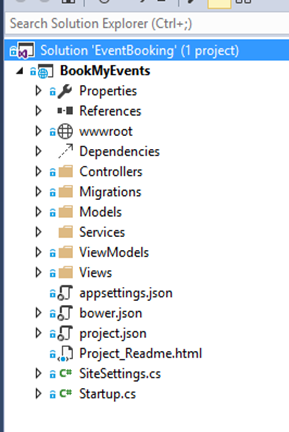 First try to create a CI build which builds each changeset checked in. Create a build definition and add a Visual Studio Build step. 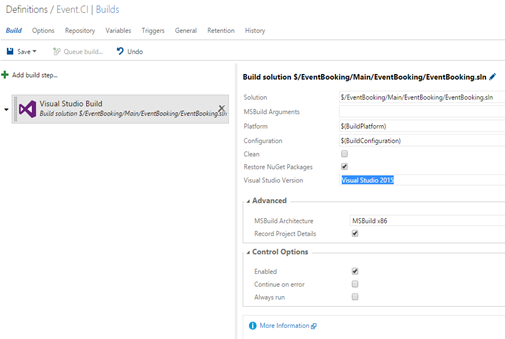 When a build is triggered with above defintition it fails giving below error. 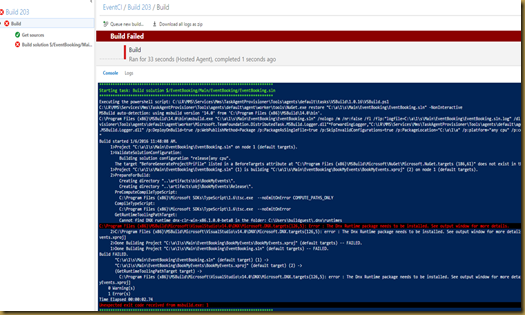 This is because hosted build server does not have dnx Runtime packages available in it. As explained in article here use the script to download the required packages before build. Slight modification done to support the releative path of the project, with the location of the script in the verision control.

A gobal.json file added to supply the dnx version that is required to dnu restore. 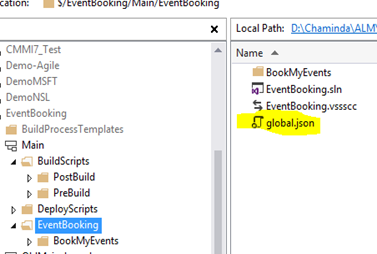 A new build step should be added to execute the Pre Build script, to install the dnx packages using dnu restore. 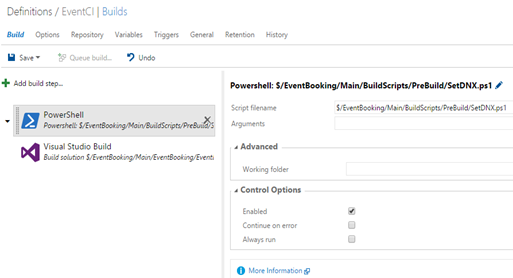 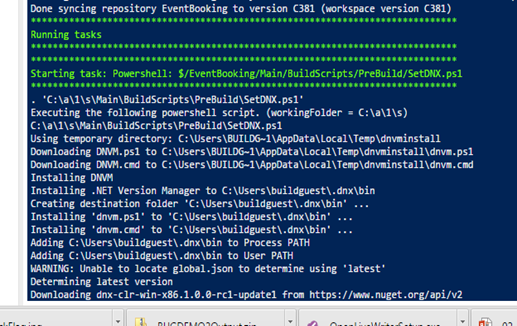 But the build step still look for beta8 of dnx packages, and dnu restore does not seem to be working.

Because of a missing mistake in the path of the project.json location, in the script below error occured.

CS0234: The type or namespace name 'AspNet' does not exist in the namespace 'Microsoft'

This error fixed by making sure relative path to the is correct. 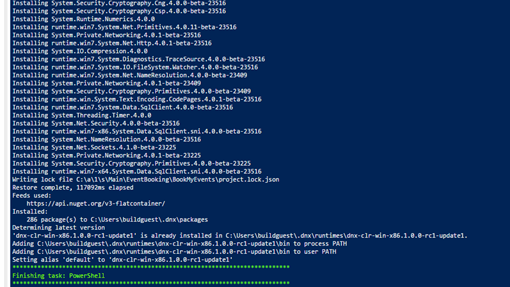 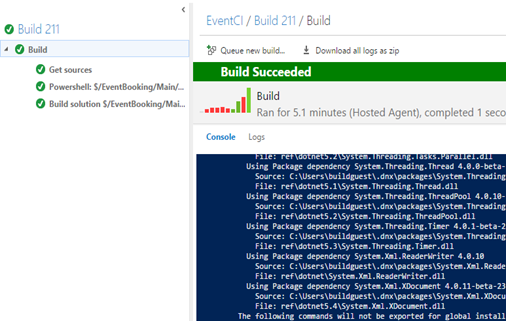 With CI build the build output is not made available. But for release bbuild we need artifacts to be able to downloaded and deployed with Visual Studio Team Services Release. 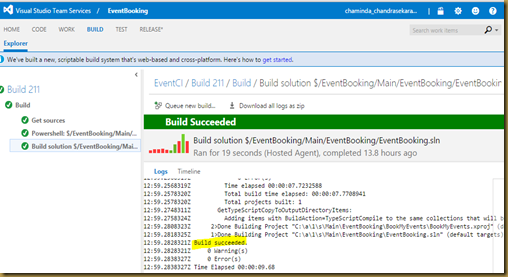 Let’s clone this CI build and create a release build. The steps to publish build artifacts for an ASP.Net 5 application is explained here. Using the script available in the article, a modification added to make it work without having a Team Project namea and releative path to project is set.

THis script is added to source control to a Post Build script folder.

A build post step added to execute the post build ASP.Net 5 publish step and below arguments passed to script.

$(build.stagingDirectory) is temporary location to publish and it is a predefined agent build variable. 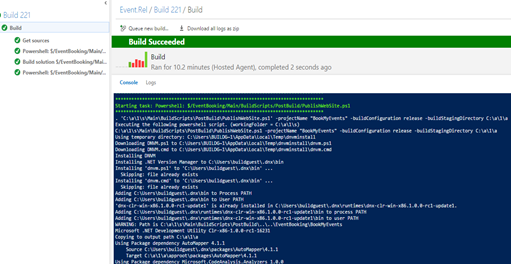 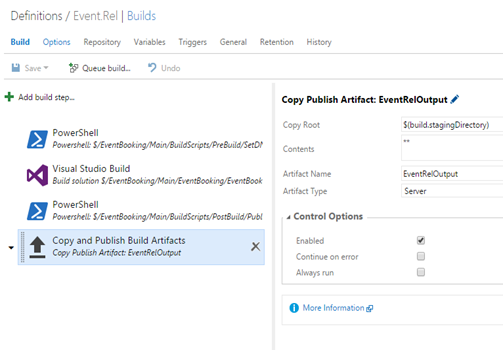 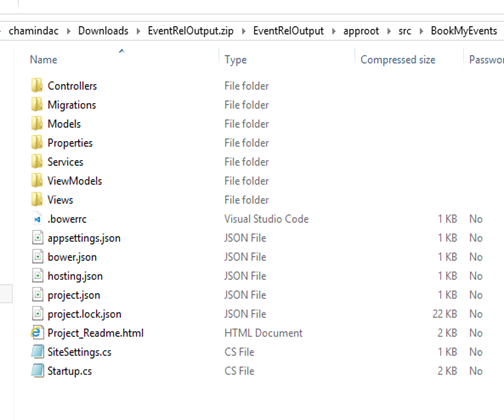 In the next post let’s look at how to get the ASP.Net 5 RC1 Update 1 application, deployed as Azure web application using Visual Studio Team Services Release.

Posted by Chaminda Chandrasekara at 21:19

Wow, what an informative post. Here described info graphically how to build asp.net 5 with visual studio. so It is easy to read and understand. Visual Studio Team Services now has Release Management Services available as public preview. Thanks a lot for sharing with us.I had some idea about asp.net when I hosted my business through Myasp.net.

I had just gone through this and finally got my builds to work. But now they have taken down the dnvminstall.ps1 you reference in your script

All my builds now fail

This is because changes made to the ASP.Net Core 1.0, and hosted build is no longer supporting what is described in this post. if you still want to get the ASP.NET 5(RC1 Update1) build done the option is to setup your own build agent, with manually setting up ASP.NET5 RC1 UPdate1 for build agent user and add it to VS Team Services.That agent would be able to build without using the script. Other option is to migrate the project to latest. Migration guides are available. https://docs.asp.net/en/latest/migration/rc1-to-rtm.html

1. First get a local machine connected as build agent to VS team services, or to your on premise TFS. Configure the Agent to run as windows service and use a local or your domain user as the service account.

6. This should allow the build to work