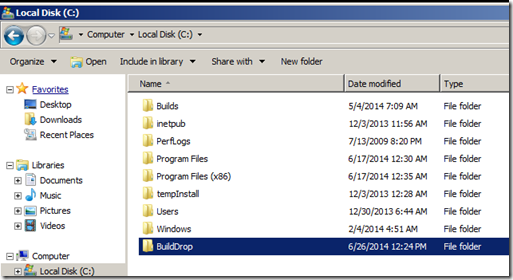 We have to give permission to TFS Build Service account (we have setup in “Setup a Build Server”), full control for the drop folder, in order to create build outputs 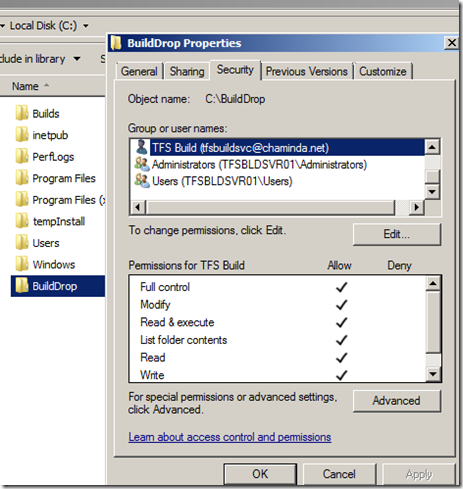 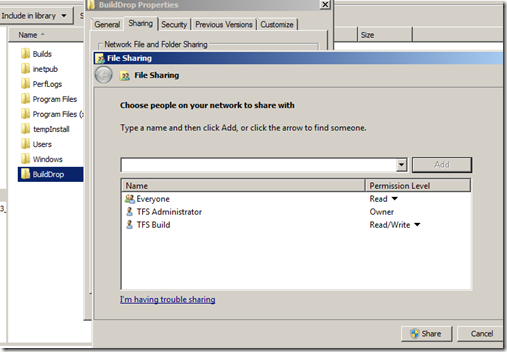 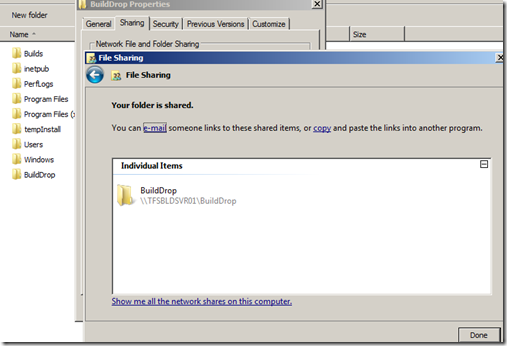 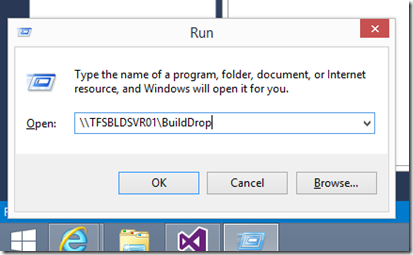 Now we are going to clone the CI Build which was setup in “Create a Simple Application and a CI Build”. 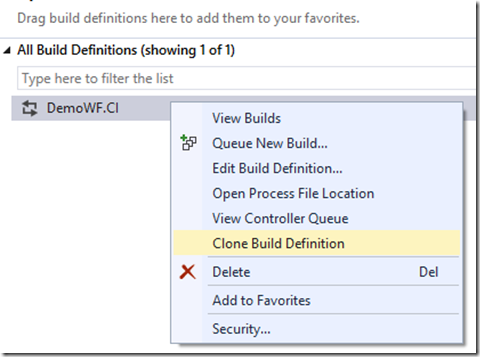 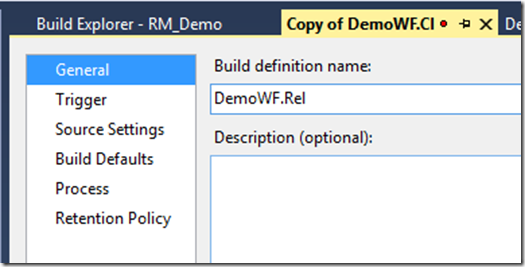 Change the trigger of this build to manual. 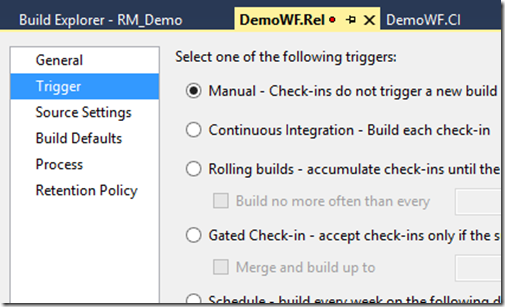 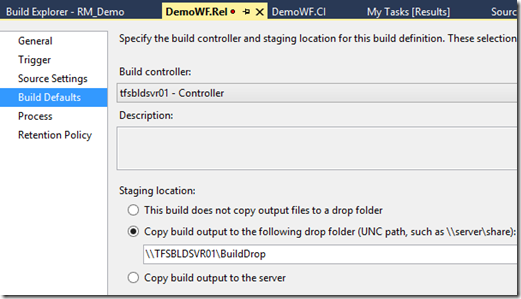 We are going to keep all successful builds (We need to keep these builds outputs and details as long as required and manually archive whenever necessary).

We are now done with the build definition. (We have changed nothing in the process tab. It is as same as the CI build setup in “Create a Simple Application and a CI Build”.) 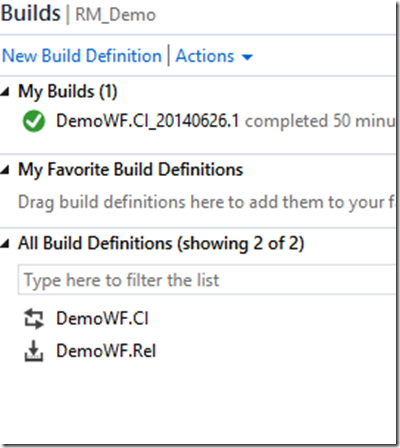 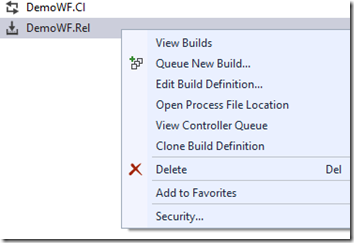 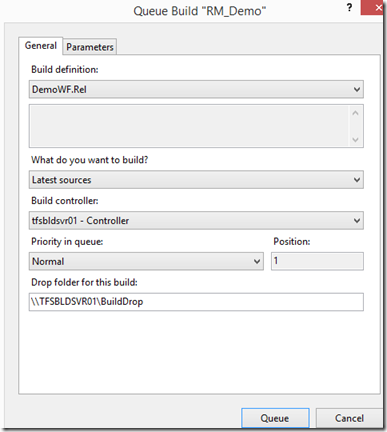 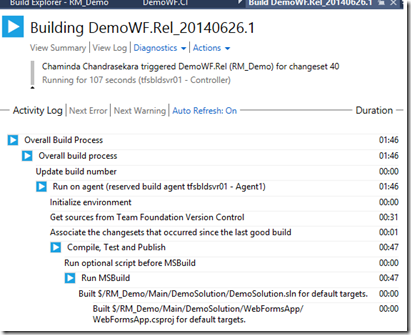 Once the build is done, we can see the output in the build drop location. 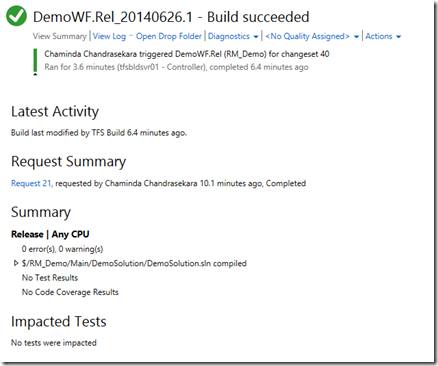 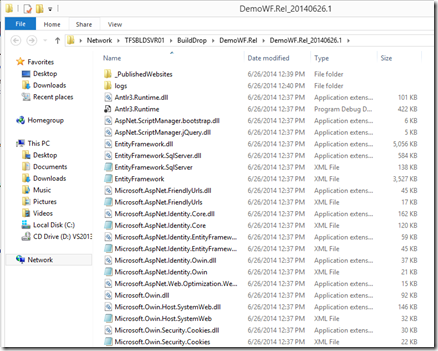 We can find the site created in “Create a Simple Application and a CI Build”, published in to BuildDrop\_PublishedWebsites.
I will conclude the series Virtual Environment for TFS 2013 with this post. Do not worry, as promised when I started this series of posts, I will continue to explain VS 2013 Release Management as a new series using Virtual Environment for TFS 2013.
Posted by Chaminda Chandrasekara at 13:59 No comments:

Now we are ready with TFS, Build Server and Development machine in our ALM demo environment (Virtual Environment for TFS 2013), and it is good time to create simple application and a CI build for it. If you wonder what is a CI Build and why we need it refer my post “Why CI build”.
Let’s create very simple Asp.Net Web Forms application first. Here I do nothing but use the template to create a simple app.

First a VS Solution.

Now we have a basic Asp.Net Forms Application up and running.

Let’s check in this to TFS.

Now we have a simple application checked in to TFS.

Our next goal is to set up a CI Build, which builds for each changeset we check in. A new build definition can be created by navigating to Builds from Team Explorer Home, and clicking on New Build Definition.

In the trigger we have to set as Continuous Integration to make the build trigger for every check in.

Source settings we have to specify the correct source mapping.

We do not want to create any output from this CI build. We are just making sure our code is in a valid state and compile without errors.

In the Process tab of build definition we specify solution to build and we are setting build agent tags to correctly locate the build agent.

We are setting at least a build agent with VS2013 available should be located when the build is triggered.

Configuration to build we are selecting in this demo is Release and Any CPU.

We do not want to keep all successful builds in a CI build, since this is just a verification of latest source state of success compilation.

Once we save our build definition is ready.

We can queue a test build by right clicking on the build definition and click on Queue New Build.

Our CI build is done. (Ignore the time taken to build, my build server is having only 512MB RAM and TFS server only 2 GB of RAM, it will be much faster in a virtual/physical environment with more resources :))

Now let’s do a code change and check in to see if a new build triggers. Assume I have a bug to fix :)

So let’s do the fix.

We do the change

Then check in while resolving/closing the task.

Check in has triggered a build and it is done.

We can see our work items (task and Bug) associated correctly to the build.

The task is set to closed automatically.

We can resolve the Bug now.

Next I will explain how to create a release build with a build out put.
Posted by Chaminda Chandrasekara at 12:54 No comments: