For the execution command type “powershell” and for the arguments type
-command __ScriptToExecute__  __Arguments__
This will add two parameters in the tool “ScriptToExecute” and “Arguments”. Provide a suitable Name and a Description as well. 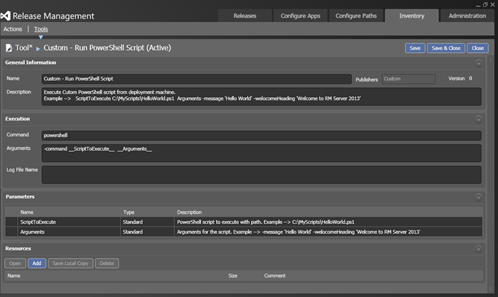 Click on Save & Close to add the new tool.

Go to Actions and click on New to add new action.

Select the tool we have created and add a new Category for Custom Actions. Fill the Name and Description. 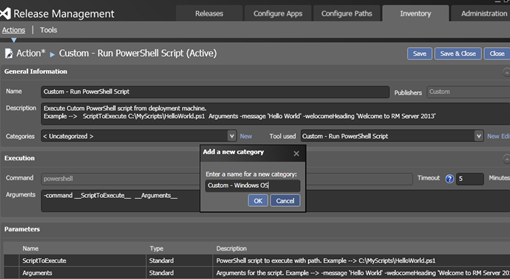 Save to create the new Action.

Let’s test our Tool and Action in action. First we need a very simple PowerShell script like below.

In a test release template now we can see our custom action available. 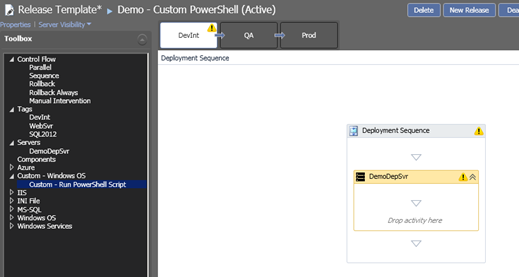 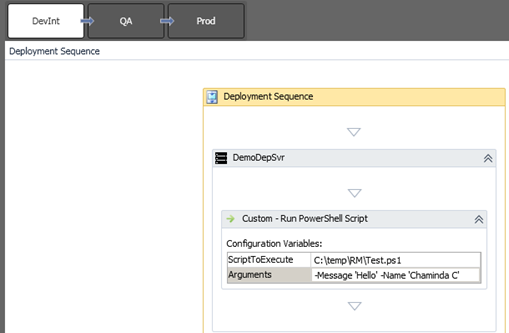 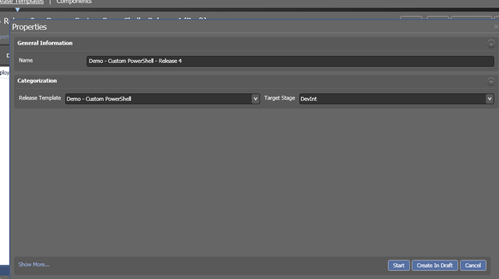 Start the release by clicking on Start.

To fail a script based on a condition throw an exception like below and release action will fail.

Posted by Chaminda Chandrasekara at 11:25 15 comments:

In the downloaded ISO run rm_Client.exe to install Release Management Client. This is a very quick install.

Installation is quick and smooth. 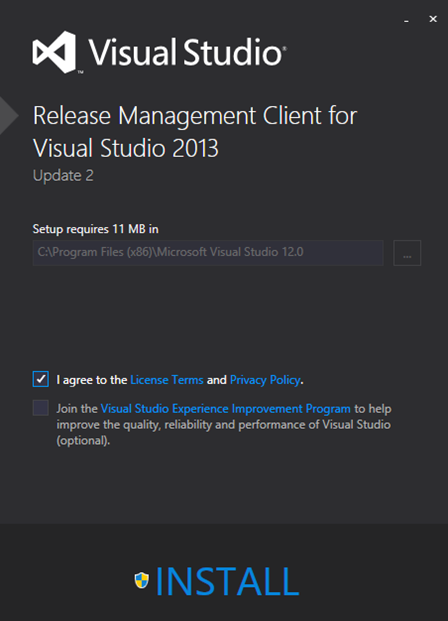 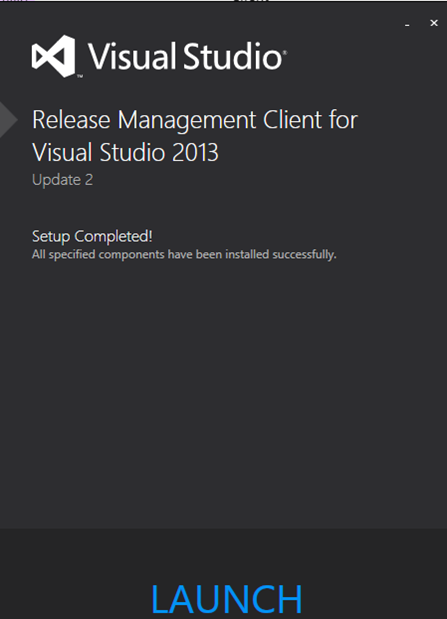 Once lunched provide the url of the release management server. example – http://ReleaseManagmentServer:1000
Below picture shows TFS since this installation of the Release Management Client is done on tfs box.

This url is correct but cannot be connected by the client.

Check if Release Management Server app pool is running and if not start it. 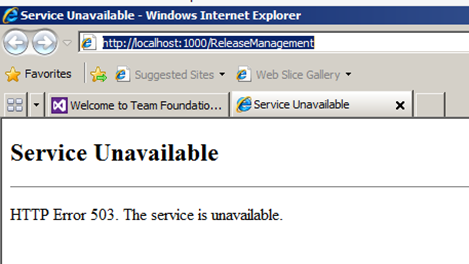 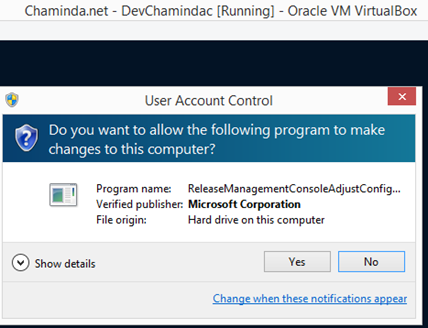 The installing user (user who is setting up the Release Management Server) requires local administrator rights and sysadmin rights on the SQL Server (SQL Server that is going to have Release Management Server database). I will be using TFS Admin as the installation user of the RM Server since I am setting up the RM Server  in the same box  where the TFS is installed. Ideally the RM Server should be set up in a different clean computer and TFS is not mandatory to do release panning and execution with VS 2013 Release Management. (TFS is optional, but can be integrated really well with VS 2013 RM to automate from builds to release).

As the first step we need to setup an account, to be used as the service account for the Release Management Server.

Run the downloaded rm_server.exe to launch the setup.

Once install launch to configure.

In the configuration window specify the release management service account and SQL Server to create the RM database.

Apply settings, you will encounter the first error in RM Server configuration, and fortunately it is a descriptive error “The account specified is not a member of the local administrators group”.

Add the RM Service account to local administrators group to resolve this issue.

The next error which might occur if the server resources are limited (This demo environment has only one cpu core and 4GB RAM while running SQL, SharePoint Foundation2013, TFS in same box). The error message is not very helpful.

Increase resources in the machine and retry the configuration, now fails with application pool already exists (I believe MSFT will make this experience of retry configuration, better in a future release).

Manually deleting app pool and any web sites created for Release Management will resolve the issue.

To confirm the success state of configuration verify below check list.
1. Release Management database is created  in SQL Server.

3. Release Management app pool is created with identity RM Service account, and RM web site is created as below.