TFS - How to Restore Deleted Files

1. Your VS Source Control Explorer would normally look like below and will not show the deleted files. 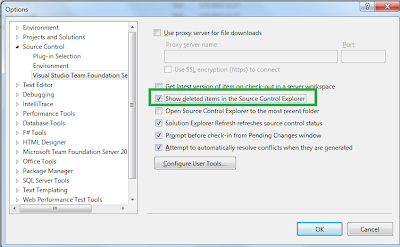 3. Now you can see the deleted files appear in Source Control Explorer. Right click on the Folder/File you want to restore and click "Undelete" to get it restored. 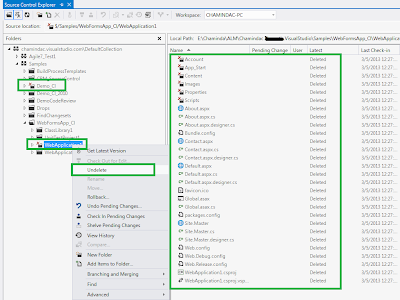 Posted by Chaminda Chandrasekara at 05:41 No comments:

You can download this free from Visual Studio Gallery  and this project source code can be found here at codeplex if you want to further customize.

Once you install Community TFS Build Manager you can see a new link appear in VS Team Explorer as below. 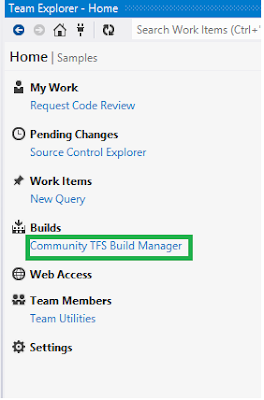 Launch this tool and select the builds.

Right click on the build which you want to generate a release note, and click on "Experimental Build Note". 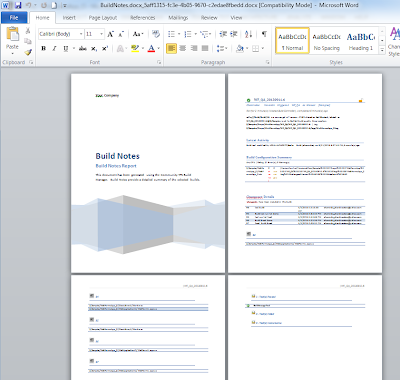 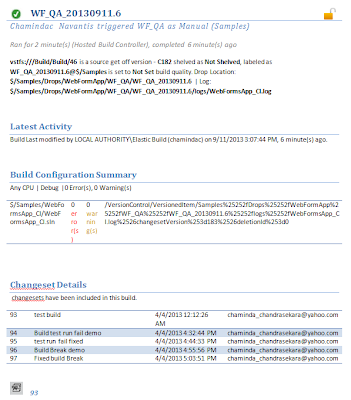 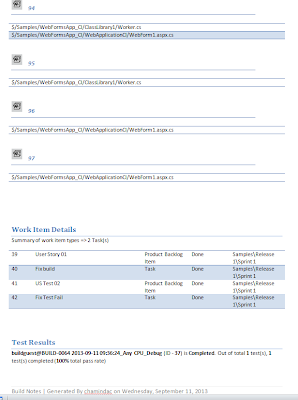 If you have created a new release build definition with TFS for an application that is already in Production (which is deployed to production without a TFS build), you may want to do the next release build with changesets associated from a given changeset (from the last changeset delivered to Production).

To make it clear have a look at below source control history in my demo app. My changeset 87 has already gone into Production. Now I am creating a new TFS release build definition and when I queue a build in this release build I want it to get associated with chagesets 93 to 97. 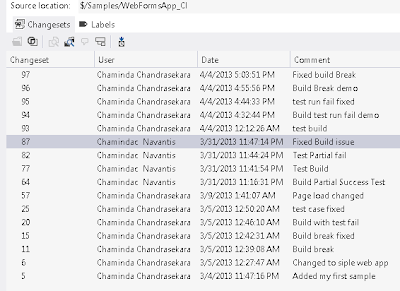 If  I queue a build with will build for latest sources in the TFS and no changesets get associated to the build. 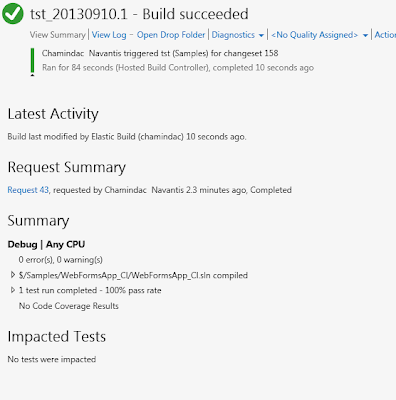 I can specify the changeset to build by advance options "Get Version" when I queue a build like below. 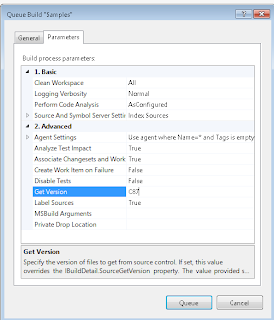 Now when I queue the build it builds for changeset 87. 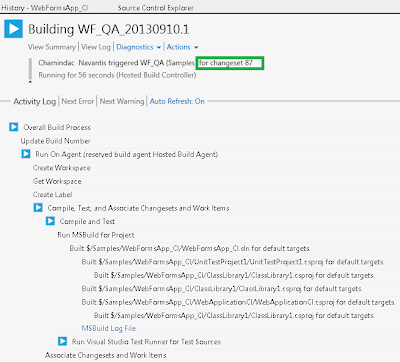 Now I queue another build with not specifying a changeset. This will build the latest sources 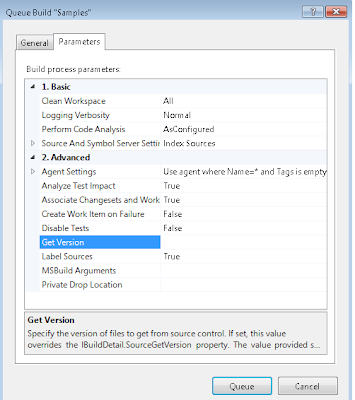 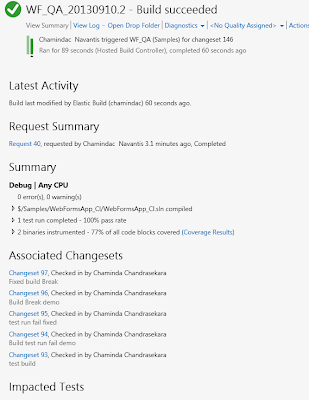 If it is necessary I can repeat the same steps to do another build from this definition to associate set of changesets that I would like to associate with it.

I will explain how to generate a Build Note with TFS build in my next post.

There are few types of parameters that can be send to "Get Version" of advanced options of queuing build. For details check http://msdn.microsoft.com/en-us/library/gg490833.aspx#VersionSpecs

Posted by Chaminda Chandrasekara at 13:50 No comments:

A much awaited capability to have "Pending Changes" window outside of the Team Explorer, like what we had in VS 2010, is added by MS in TFS 2013 Team Explorer (and in VS 2013). This will be a very good news for the developers who did not like the pending changes inside team explorer in VS 2012. (Including me as a matter of fact).

Cool thing about this is anybody who wants "Pending Changes" inside Team explorer, like in VS 2012, still can have it. People like me can switch it to a separate window.

Let me show you how to do this "Undock" of "Pending Changes" window from team explorer. 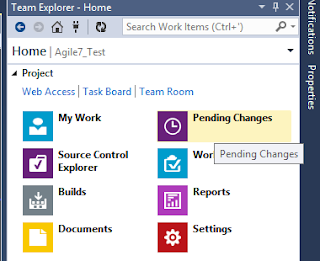 2. Click on the top right hand side arrow as shown below. 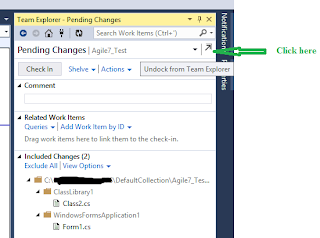 3. There you go... now your Pending Changes appear as a separate window, you can dock it in VS as you like and unpin,pin works as all other windows. 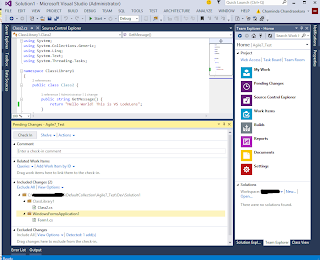 4. If you hide it it will appear in the position you dock it in VS. You have the option to dock it back in Team Explorer by clicking the menu option or by closing the Pending Changes window. 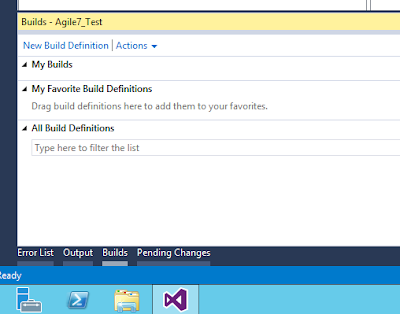 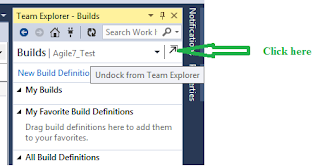 Posted by Chaminda Chandrasekara at 05:20 3 comments: