Deployment groups are the recommended approach to use with VSTS for setting up release management based automated deployments. Can two team projects of same VSTS account with two deployment groups, have same machine as the target? Was a question in a forum and below steps describe how to achieve it.

You can use steps below to achieve multiple deployment group targets in azure VM or any single machine.

1. Copy the target registration PowerShell script to a notepad. Then replace the

with a local path of your preference for agent for example

This will make the agent installed for project X deployment group setup in g:\vstsagentprojX. 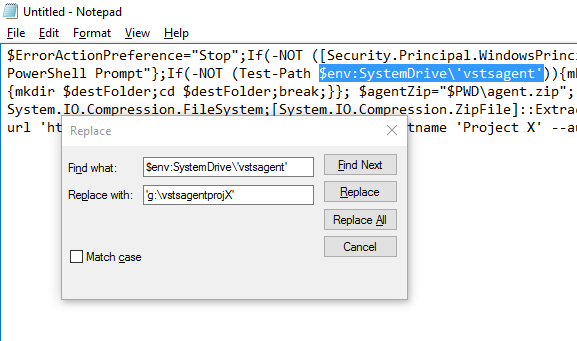 in the script with project specific name for example 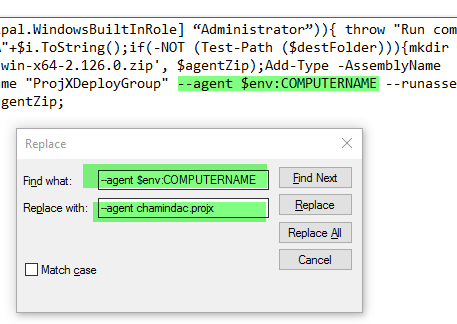 3. Then register the agent for Project X deployment group and it will be configured in the specified folder, 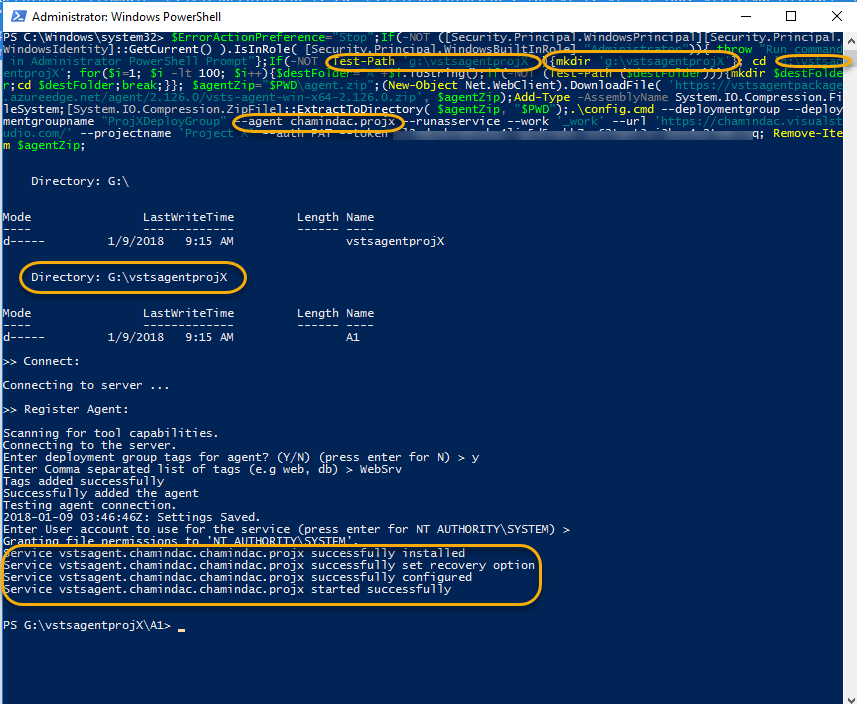 and with a unique service name since you have provided a project specific name for agent.

4. Follow steps similar to the other project and change its PowerShell script to have the

Then change --agent $env:COMPUTERNAME to a project specific name such as

Then run the script to create the deployment group agent for the second project. 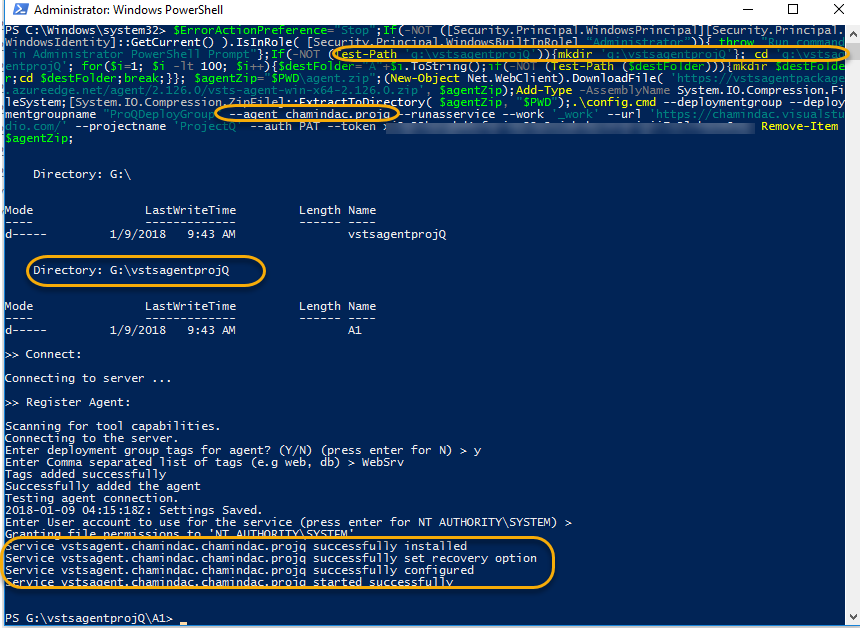 This will create two agent services with unique names in the same machine.

You should have two targets in two team project deployment groups, online. 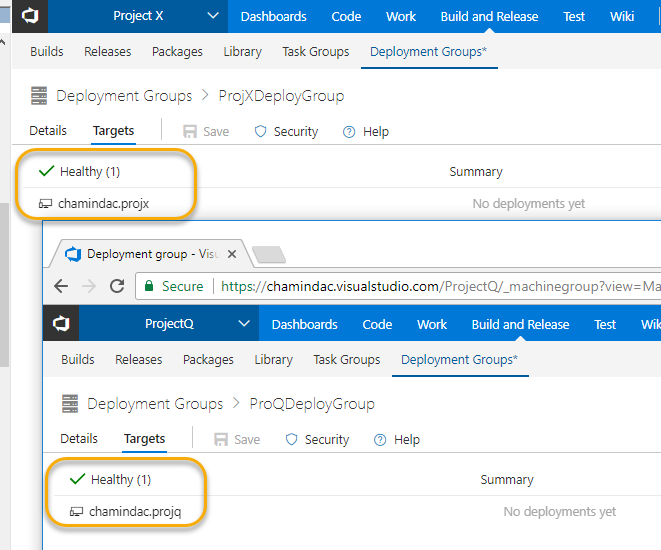 Posted by Chaminda Chandrasekara at 20:36