Below is a task group created with a PowerShell task accepting two parameters. 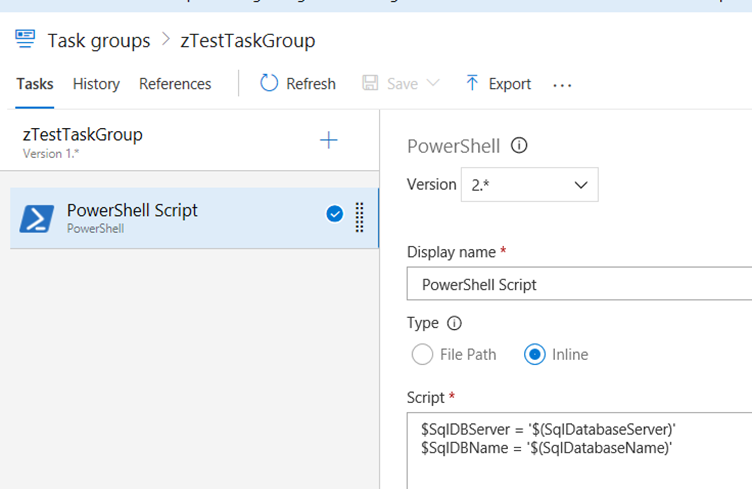 $SqlDBServer and $SqlDBName  are used as the local variables and $(SqlDatabaseServer) and $(SqlDatabaseName) are the input parameters. Note the single quotes which is important in the PowerShell if you are having PowerShell scripts as your task group steps. This will make two parameters available for the task group. You can provide a description for each parameter and a default value. However, default value is not utilized in this sample as we are tying to make the parameters optional. 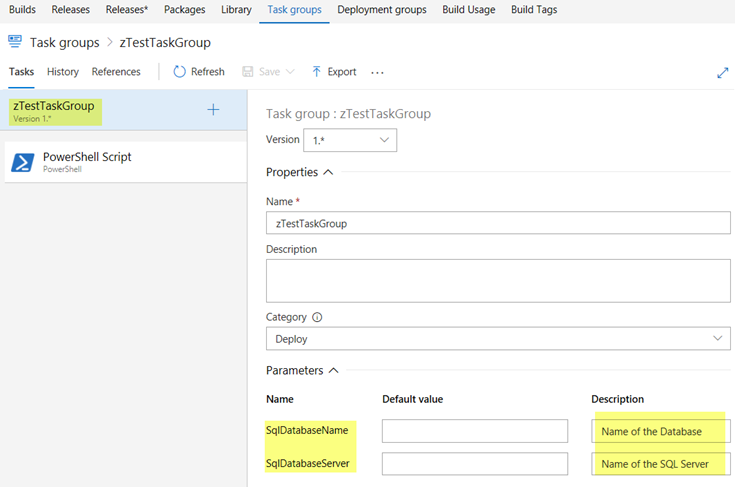 If you try to use this task group in a build or a  release definition you will see it demands for both parameters as required. In a side note, you can see the descriptions added to parameters are visible to the release or build definition. 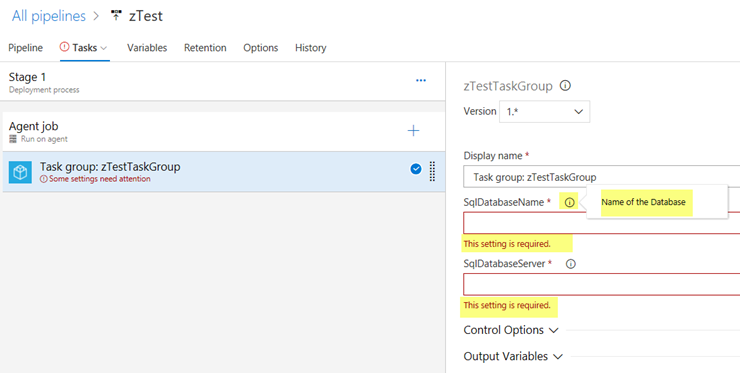 How can we make one of the se parameters optional? For that you have no out of the box option available in Azure DevOps as of now. You have to export the task group and manually edit the json file to get it done. First export and save the json file. 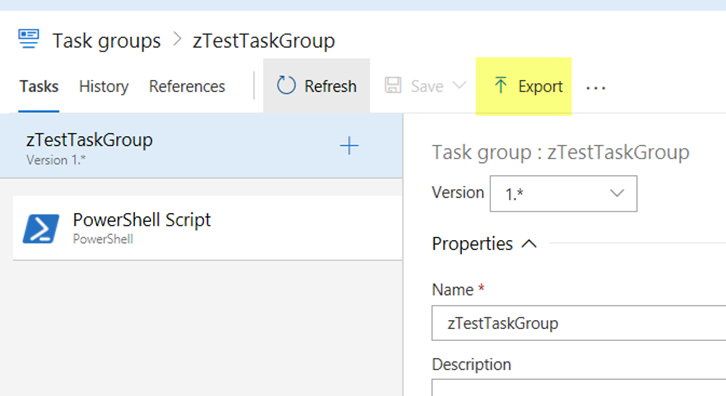 You can then open the downloaded json file with Visual Studio or Visual Studio Code. You can see the opened file as a single line of code which is hard to understand and modify. 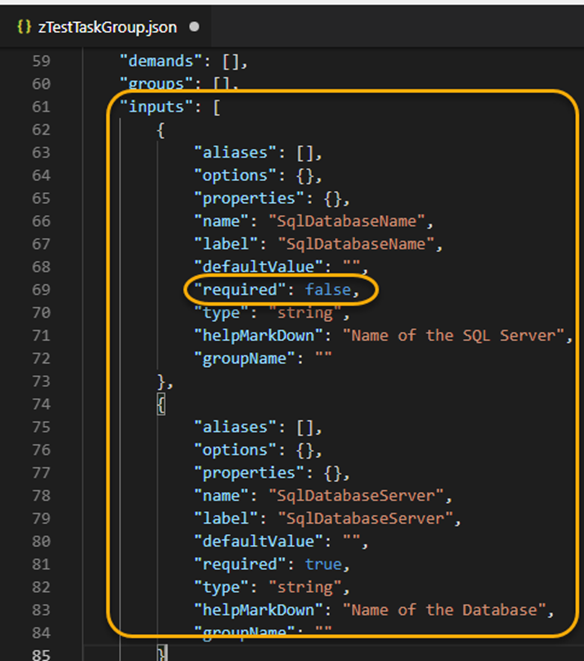 Then you have to import the json file in task groups. Unfortunately this will only make a copy of the task group and you would not be able to overwrite existing task group.

Browse for the file saved and import as a new Task group.

Rename the imported task group name to your preferred name (you cannot overwrite existing task group) and save it.

Go to the build or release definition add new task group (you may have to do full refresh of the build/ release definition page with a Ctrl+F5 to make the changes in task groups to be effectively visible to you). You would be able to see not the optional parameter from task group is not demanding for a value. Not a neat solution but it works!!! 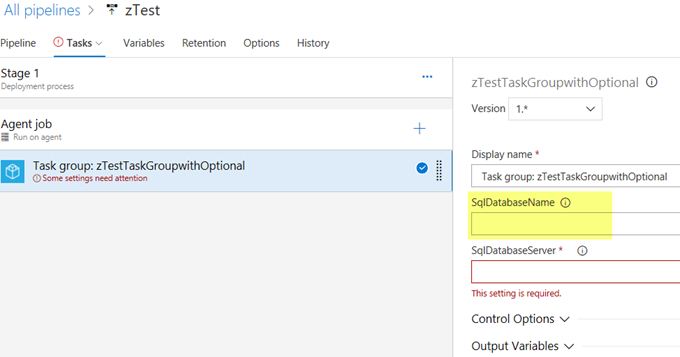 Posted by Chaminda Chandrasekara at 07:18