For package feed you can use a custom feed or a network share as well, if internet connectivity is unavailable to the test client machine. The custom feed or network share must be added with the downloaded “Microsoft Test Platform”  NuGet package. If internet connectivity available to test client you can set up to use default Official NuGet feed. For “Microsoft Test Platform”  version you can set a specific version, latest stable or latest with pre-release.

Next you have to add a Visual Studio Test task to the pipeline. You can specify a test assembly or assembly pattern or use test plan and suites, for test execution. The most important field to set is the Test Platform Version, which must be set to “Installed by Tools Installer” to use the “Microsoft Test Platform”. 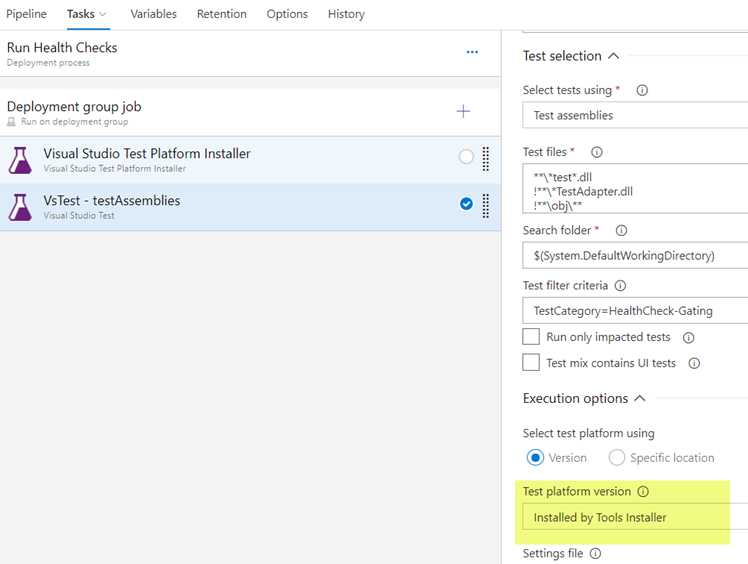 With the right test assembly or test plan settings in place you would be able to execute Functional UI tests with unified agents without having to install Visual Studio in the test client machine.

Compared to Deploy Test Agent task which is taking longer time to setup, the “Visual Studio Test Platform Installer” task  runs in few seconds, letting you execute the mandatory functional UI tests even for each and every deployment to a Dev Integration environment, which can be configured to get deployed and tested for each code commit. True spirit of DevOps with Azure DevOps!!!

Posted by Chaminda Chandrasekara at 08:14