In the post “Deploy ASP.NET Core App to AKS with Azure DevOps” a quick start guide has been given on setting up an ASP.NET Core App with Azure DevOps projects. The application code, Azure Container Registry, Azure Kubernetes Service (AKS) Cluster as well as build and deployment pipelines were auto generated, with few clicks in the Azure Portal. To do deployment to AKS, Helm packaging was used in the Azure DevOps Projects auto generated sample app. In this post, let’s look at much simpler implementation, to get the ASP.NET Core App build and deployed to AKS via Azure Pipelines. 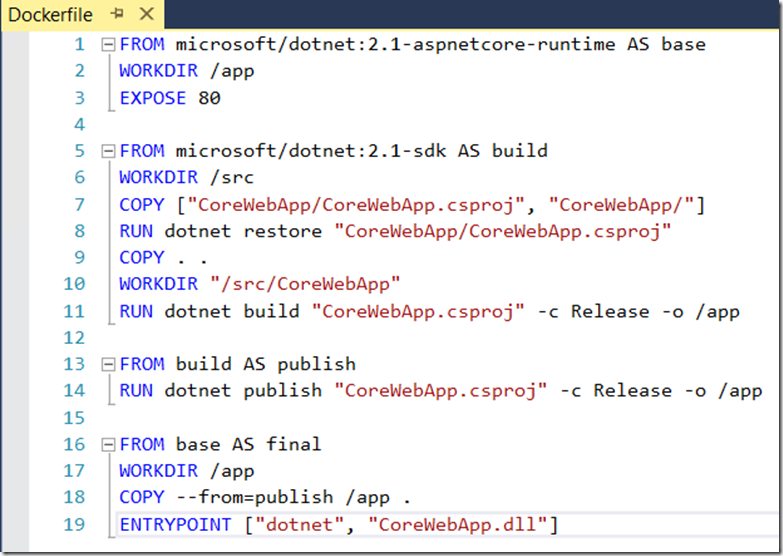 When you run the Web App in the Visual Studio it builds the docker image as per instructions in the Docker file, deploys the container in Docker for Windows, and run the container. Now you should submit the code to Azure DevOps Git repo in an Azure DevOps Team Project.
The next step is to get the Docker images built with Azure build pipelines. Before doing that we need to setup the container registry where we are going to push the built Docker image. We are going to use an Azure Container Registry for this purpose. Creating Azure Container is explained in the post here.
Create a new build pipeline and set it to use the Git repo which  you have pushed the Docker supported ASP.NET Core app. Select the Hosted Ubuntu build agent as the build agent pool. 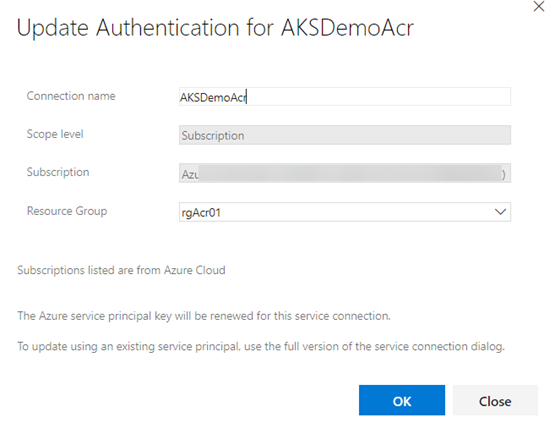 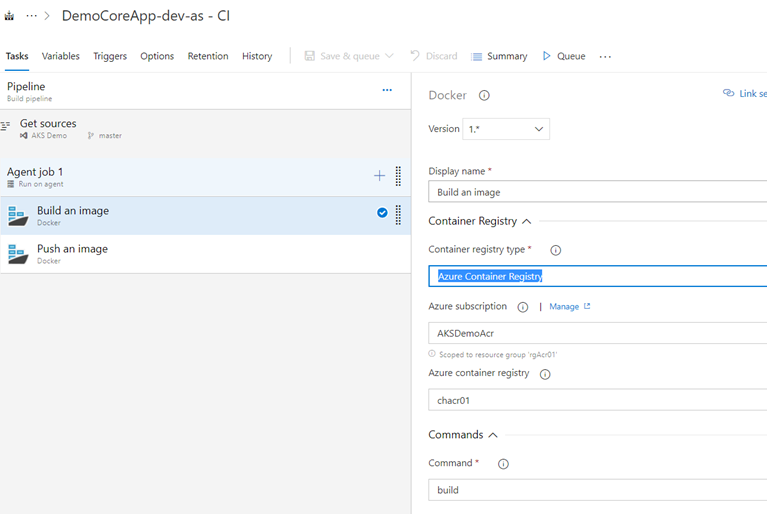 Set the Command as build to build the Docker image. Select the Dockerfile in the repo which have been created with Visual Studio. For the image name provide a name and use build ID as the tag. Image name should be in the following format. Make sure to Set the Build context to the Web App folder as it would be the path considered in the Dockerfile as the context.
<ImageName>:<tag>
Example – aksdemo:(Build.BuildId) 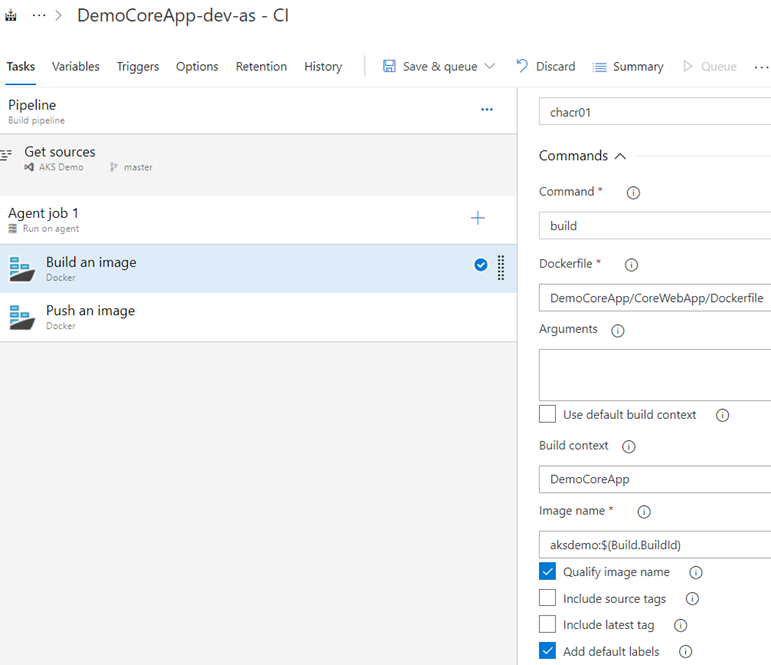 Add another Docker task to the pipeline and set it to use Push as the command. Select the Azure subscription service connection used in previous step and the container registry. 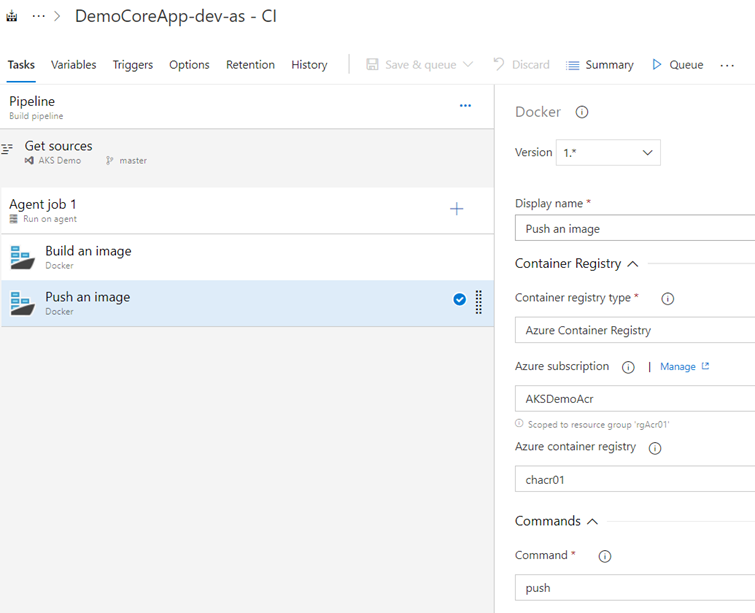 Set the Image name to exact image name setup in the Docker Build task. It is advisable to use a Build variable and store the image name with tag format to avoid any issues in accidental mistyping of names, and for improved maintainability of the build pipeline. 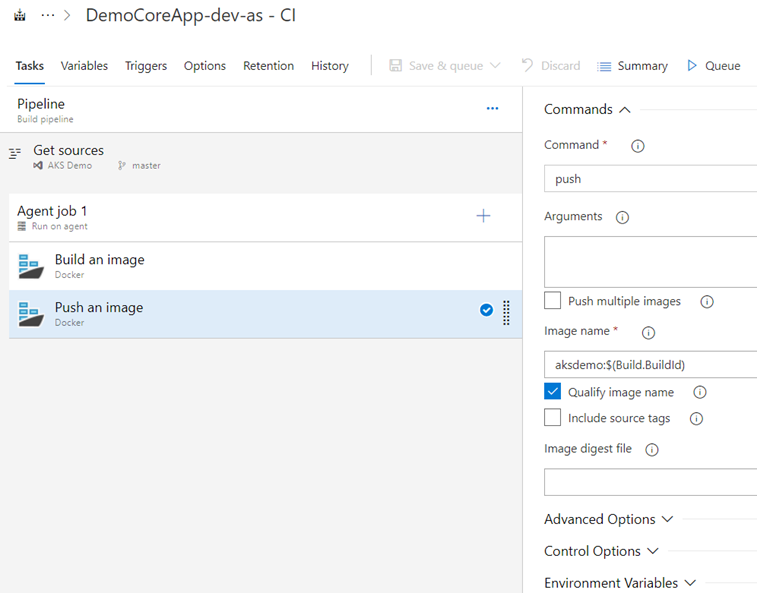 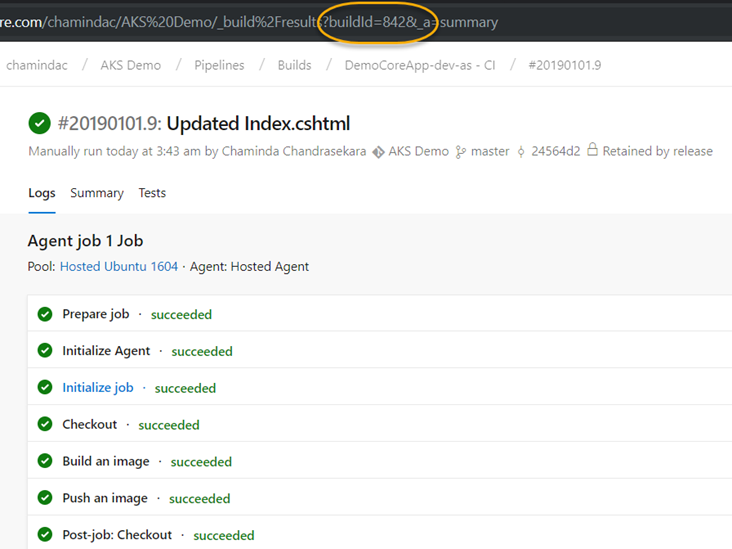 Notice the build id of the build and in Azure Container Registry,Repositories you can find the Docker image is created with the name you have provided and tagged with the build Id. Even though this post uses build Id as the image tag you can define your of tag for image my be based on repo tag, or build version or any other formula of your preference.

Posted by Chaminda Chandrasekara at 11:48