Prerequisites
How to import and export build definition
With above prerequisites fulfilled, you can use export in builds tab to export a definition as a json file. 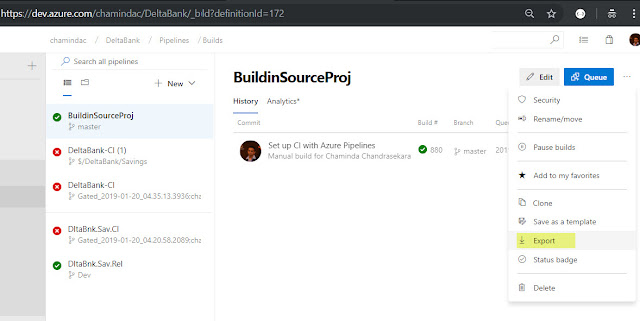 Then go to new team project and click new and import. If you do not have any build definitions you will not see the view shown below. Create a dummy build definition temporarily in that case. 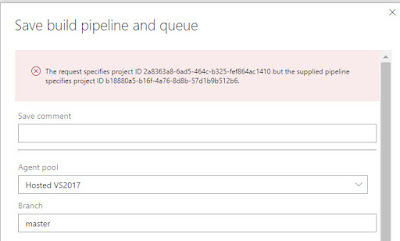 To fix this open the exported json file in a notepad and search for source project guid and replace it with target project guid. you do nt have to fix any other part of this file such as URLs referring the  source team project and Azure DevOps organization.

However, if you want to find the project guides before running into the errors you can do it using REST api call. Replace your Azure DevOps organization name and team project name in below url and run it in a browser to get the project Id. This way you can avoid the project Id error when trying to save imported build definition from a different team project.
https://dev.azure.com/yourorgname/_apis/projects/teamprojectname?api-version=5.0

Posted by Chaminda Chandrasekara at 00:13