This cool feature has been in Visual Studio Online for some time and came to TFS on premises with 2013.4. Today I am going to show with a simple example “how much useful this feature is”.
Below query is written to view all Bug work items.

This returns all Bugs with the state.

Saved the above query as a shared query and created a Trend Chart. 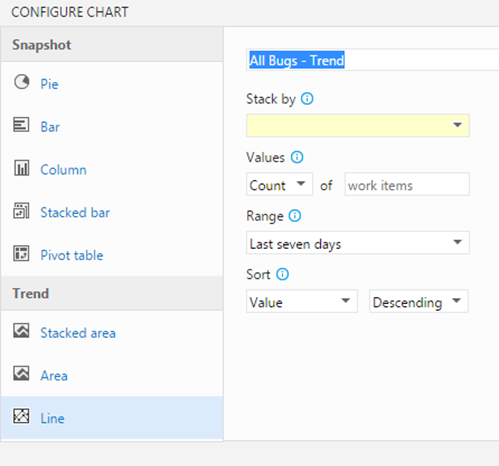 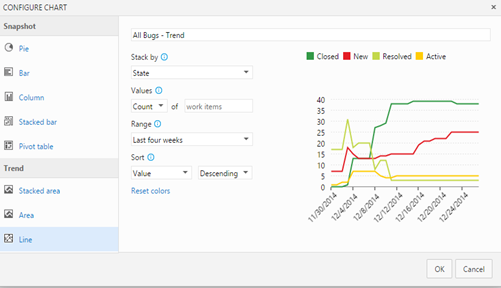 The above chart revealed really interesting information. In the first two weeks in December Team has worked hard to get as much as bugs before the holiday season. Since the holidays started Bug closing trend stopped. New Bugs slowly adding in the holiday season as well since clients are also adding Bugs. Resolving and Activation of bugs came into a halt as well with the start of holidays. Above is really awesome information for the team when they come after holidays.
By pinning this chart to Team Project home page, team will know by a quick glance at the chart, they have lot of Bugs in the backlog, to be fixed in the new year. So team can put their effort to maximum with a fast forward gear to resolve and close the Bugs as soon as possible. 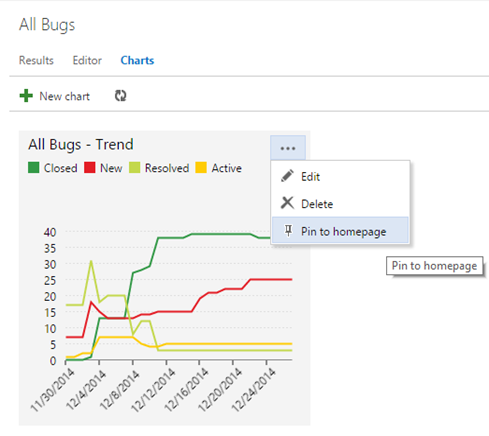 Trend charts supporting longer time than last four weeks (last 12 weeks, last year) are already available with VSO (Visual Studio Online) and this will be available for on premises TFS in a future update. 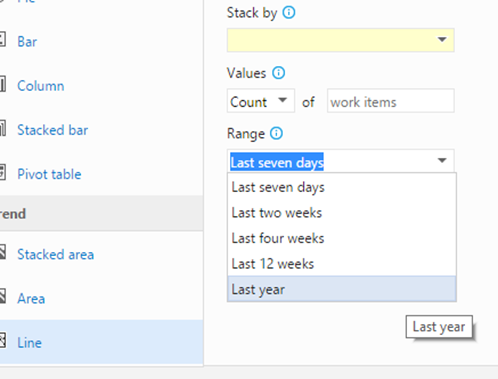 Posted by Chaminda Chandrasekara at 09:25